Warning: Declaration of PageLinesFeatures::section_head($clone_id) should be compatible with PageLinesSection::section_head() in /home/marymu5/public_html/wp-content/themes/pagelines/sections/features/section.php on line 973
 OIL CITY SYMPHONY | Mary Murfitt 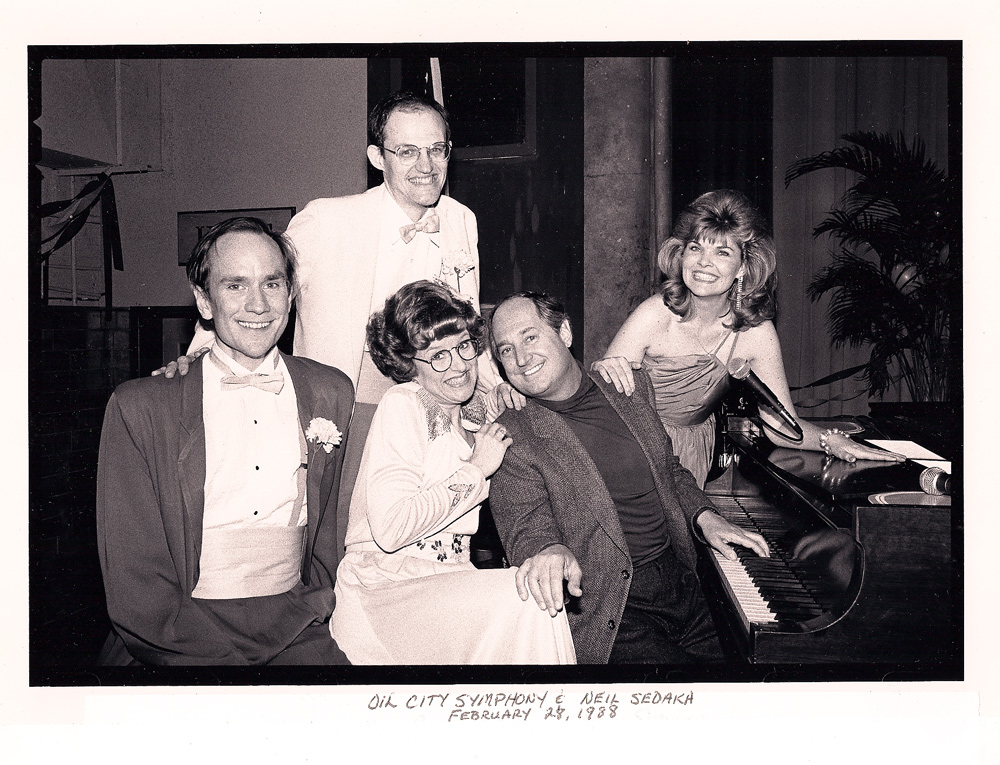 Oil City Symphony is a musical with a book by Mike Craver, Mark Hardwick, Debra Monk, and Mary Murfitt featuring original and existing songs by various composers. It is a recreation of a recital by four middle-aged amateur musicians who have reunited in the auditorium of the Ohio high school they attended in the 1960s to pay tribute to music teacher, Miss Hazel Reaves, who is retiring. The musical ran for 626 performances Off-Broadway.
All four, whose combined talents “represent 127 years of total studying time,” aspired to show business careers, but none of them ever left their small hometown. Debbie, the ex-prom queen, plays the drums and percussion; Mark, the minister of music at his church, is a pianist and accordionist; Mary, a rabid fan of women’s roller derby remembered for her portrayal of Anita in a local production of West Side Story, plays the violin, saxophone, flute, and slide whistle; and Mike, a former member of an acid rock band, is a master of the synthesizer and vibraslap.